As per the Governor's shut down we are working remotely, however rest assured that we are still working to protect your rights! Please email us at dbrilliant@bnlegal.com for Dina Brilliant and gneiman@bnlegal.com for Glenn Neiman or call us at (215) 638-7500 and leave a message as we are checking our messages.

A new Frequently Asked Question has been, "I have the Coronavirus, can I get workers' compensation benefits?" The answer is that, yes, you may be entitled to workers compensation benefits depending on the facts. This can be whether you have contracted COVID-19 through work, or whether you have lost a modified duty job through an employer closing or layoff. Email or call us to discuss the specifics of your case in regard to the Coronavirus or any other work injury.

Recently, an injured worker from Lower Bucks County, PA, called us.  When we discussed our Bucks County office locations, I mentioned our main office in Warminster and our satellite location in Trevose.  To our surprise, the injured worker was not familiar with Warminster.  As a proud commercial resident of Warminster Township, we wanted to make sure more folks knew about our town.

Warminster Township is less than four miles northwest of Philadelphia, and conveniently accessible to the Pennsylvania Turnpike and I-95.  SEPTA bus service runs throughout Warminster, and we have our own regional rail station.  Over 32,000 residents call Warminster Township home.

While Warminster Township may be less than 11 square miles in size, it features “420 acres of active and passive recreation areas in 13 parks.”  The largest of the parks is Warminster Community Park, located between Street Road and Bristol Road, adjacent to Jacksonville Road.  This park boasts over five miles of trails, and features playground equipment, basketball courts and a unique “little city” area for kids to play.

Another aspect of the NADC was the space program that was located in the facility.  Known as Aviation Medical Acceleration Laboratory (AMAL), astronauts trained at this facility for the Mercury and Gemini missions.  Indeed, the most notable feature of the AMAL was “the largest and most powerful human centrifuge that the world has ever seen.”  This part of the lab is now The Fuge, a unique banquet location which still highlights the historic centrifuge.

So, the next time you hear about Warminster Township, or perhaps you come to visit our office there, please explore all of what Warminster has to offer! 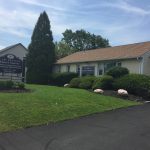 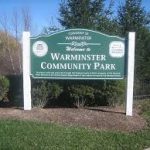 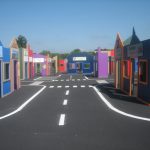 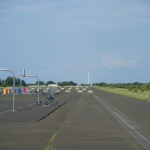 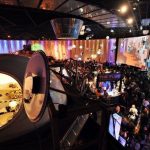 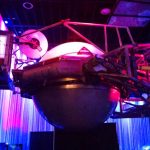 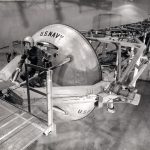